From that time Jesus began to preach, saying, “Repent, for the kingdom of heaven is at hand.” From the Gospel according to St. Matthew.

At the beginning of his ministry, as recorded by St. Matthew, Jesus went to Caper′na-um by the sea of Galilee. It was there that he found Andrew and Simon Peter, and the rest of the twelve apostles. He began to teach them about repentance and the kingdom of heaven.

John the Baptist also preached about repentance. In chapter 3 of this Gospel, St. John said the same thing that Jesus would later say; “Repent, for the kingdom of heaven is at hand.”

Repentance is the act of turning around, or changing ones way. It was over fourteen years ago now that I repented of my former ways. I was headed down a dark path of destruction and I prayed for Jesus to enter my heart and heal me. That day was the beginning of repentance for me.

Some of you may have experienced a day like that. It’s not a path that I recommend, but it was necessary for me. Others experience of repentance may be more subtle. Some refuse to repent because they are accustomed to their ways, and they don’t want to change.

Some have let sin become a way of life, and they try to justify it and make it more acceptable to everyone else. Sometimes even leaders of the church are caught up in this pursuit. Some even try to convince everyone else that what was once a sin is now a blessing! This is the ultimate in deceit.

This is something that I just don’t understand. Some people like to interpret Holy Scriptures in a way that justifies what has always been considered sinful behavior. They have twisted the words of the Bible for their own ends. This is a complete failure to repent. This is willful ignorance of the words of Jesus.

Many Christians practice daily repentance. They have not committed a mortal sin, but they may have done things that miss the mark of the Christian life. You know what these are, because we all do them. It may be an act of prejudice against someone, or a joke that is meant to belittle. Maybe you took the Lord’s Name in vain in a moment of shock or surprise. Maybe you withheld your forgiveness for some little thing done against you.

Justin Martyr wrote, “Men and angels have free will. The human race from Adam had fallen under the power of death and the guile of the serpent; so that each one of us has committed personal transgression.”

Each evening is an opportunity to repent of these sins. Every night when you say the Lord’s Prayer to end your day, you say, “Forgive us our trespasses as we forgive those who trespass against us.” Repentance is just a way of life.

The Church Father Clement of Alexandria wrote, “Christians teach all is forgiven when you repent. God would only chastise to teach you to repent. You do not have to pay for your sin.”

We when accept Jesus as our Lord, we put our faith in him, when we seek to know him and his will for us, we do not have to pay for our sins, because Jesus has already done that.

We do, however, need to repent, which means to change. John and Jesus both said, “Repent, for the kingdom of heaven is at hand.”

Jesus taught all these things to make the point to us that the Kingdom of Heaven is the greatest thing ever! And he does not want anyone of us to miss it. He also taught us that it is urgent that we tell others about it, too. It is Good News, and too good to be kept to ourselves. We must share it.

Jesus said, “No one, after putting his hand to the plow and looking back, is fit for the kingdom of God.” There is a sense of urgency to Jesus’ warning. The time for repentance is now, but it will not last forever. Will there be some who miss out because we hesitated, or were distracted by something in this world?

Like Andrew and Simon Peter, we are called to be fishers of men, too. They left their nets and followed him, because they realized that his teaching was true. This is our time for fishing, and we must not delay.

There is fruit in repentance, and these are the works prepared for us. Let us take to the plow and the fishing nets and seek out the lost for the kingdom of God, and follow Jesus to our home. Amen. 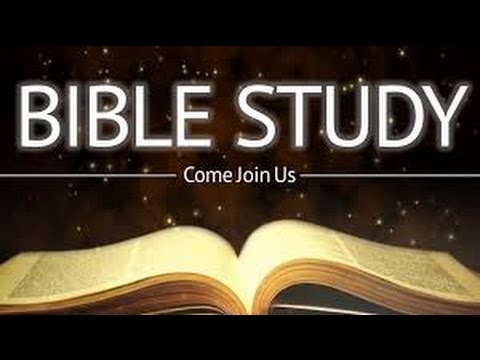