PARTNERING WITH THE DIOCESE OF NORTHERN MALAWI 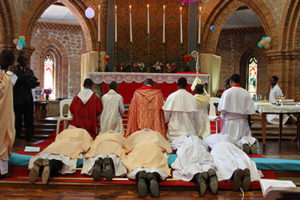 The Episcopal Diocese of Fort Worth (DFW) and the Anglican Diocese of Northern Malawi (DNM) have been committed to partnership since 1995, when the DNM was established with The Rt. Reverend Jackson C. Biggers as its first bishop.Today the DNM is blessed with the spiritual leadership of Rt. Reverend Fanuel Magangani, the DNM’s first Malawian born bishop.  Visit the DNM website at www.nmalawianglican.org.

The Centurion Partnership was born out of a response to the 2000 famine that plagued much of Northern Malawi.  The Rt. Rev. Bishop Boyle, the second Bishop of the DNM, wrote the chair of the World Mission Committee and said he had been to a village in the northern most deanery and found that the people had not eaten for 28 days.  He felt he had to feed the people, but it meant he could not pay the clergy their monthly stipends.  We urged Bishop Boyle to purchase food and we committed to find a way to assist with the stipends…. The Centurion Partnership was born.

By committing to the Centurion Program, churches in the DFW are, participate in the ministry of the DNM.  Because of the support provided to the clergy, they are able to focus on the task of spreading the gospel.

The Diocese of Northern Malawi continues to raise up new clergy and we continue to be in need of churches willing to support the Partnership through a commitment to the Centurion Partnership.

“Let the little children come to me, and do not forbid them, for such is the kingdom of heaven.”  Matthew 19:14 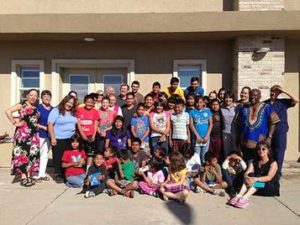 It’s about God’s children … La Gran Famiia is an orphanage ministering to abandoned and impoverished children who have been living in the hills and on the streets of Cuauhtémoc, Chihuahua, Mexico, located southwest of Chihuahua City.  These children lived in desperate and deplorable conditions.  Many had been “thrown away” … most had no hope.  Now they are healthy, thriving children who have a lovely home and a family who loves and supports one another.  It was started in 1998 and operated by Fr. Greg David-Spinks, until his untimely death on October 7, 2001.

Fr. Greg’s legacy of faith and love is carried on by Goretty Lerma, assistant to Fr. Greg from the beginning of his ministry.  Upon his death, she became the director of La Gran Familia and was for many years the primary caretaker of the children.  She also served on the vestry and was instrumental in the development of the church at Cristo Rey.  She shared Fr. Greg’s vision for the abandoned children from the beginning and endured much persecution because of her involvement with the Anglican Church.

She has served as head of a primary school special education program that helped handicapped children who had Down’s  Syndrome, were developmentally delayed, or had drug or alcohol related problems.  Because of her God given talents, Goretty has been able to determine each child’s strengths and gifts and find ways to build on them so that each resident of LGF can become a productive citizen of their community

The women of the Diocese of Ft. Worth were very responsive to these children’s needs.  Through the grace of God, they raised $36,000 for the purchase and build out of a home for the boys in May of 2001.  This home housed 20 boys.  Soon after, the girls moved into a home just 3 empty lots over from the boys house.  This home housed 9 girls.
Over the years, the 3 lots in between the houses have been purchased.  More recently a beautiful building was finished in August of 2014.  The building has space for 20 more children, a library, a computer room, a game room, office space, and an apartment for a dorm mom and dad. Needless to say, additional staff has been added!

The Holy Spirit is always present there.  Please pray for Goretty Lerma and her staff.  God has sent each one of them there to do his work.  Of course, pray for the children that they may grow in their faith to love and serve the Lord.

Society of Anglican Missionaries and Senders

St. John the Divine support missionaries Summer and Guy Benton, who minister in foreign countries under the banner of the Society of Anglican Missionaries and Senders (SAMS).  Summer, a native daughter of the Diocese of Fort Worth, is a Social Worker who ministers to girls who have have been victims of human sex trafficking, and Guy is a trained youth worker from New Zealand in the process of adjusting to missionary life and discerning the Lord’s call for his specific ministry.

ARDF exists to empower Anglicans in the developing world to show the love of Christ to those in need in their own communities: Clean water for the thirsty. Jobs for the poor. Education for children. Food for the hungry. Hope for those without hope.

First Sunday After the Epiphany

Pastoral Directives from Our Bishop